Green Zoo Festival is a not-for-profit independent alternative urban music festival held annually since 2011 between the middle of May and June, usually on weekends. The festival takes place in the city of Kraków in Poland at several venues and has hosted concerts by more than 100 musicians from around the world. The main mission of the festival is to integrate local musicians and those from around the world, DJs, journalists, photographers, graphic designers, promoters, and other artists, as well as regular concert goers, at the festival’s various events. As a result, there is no clear distinction between concert performers, the general audience, and the independent media, arts and music industry crowd.

The organizers of this festival are the concert promoters from Front Row Heroes based in Poland. Green Zoo Festival also has direct ties with POP Montreal Festival and has hosted many musicians that were initially showcased at this annual Canadian festival. In addition to the music, Green Zoo Festival provides means of promotion for upcoming local musicians, includes workshops dedicated to independent music, and is also associated with the development of volunteer programs 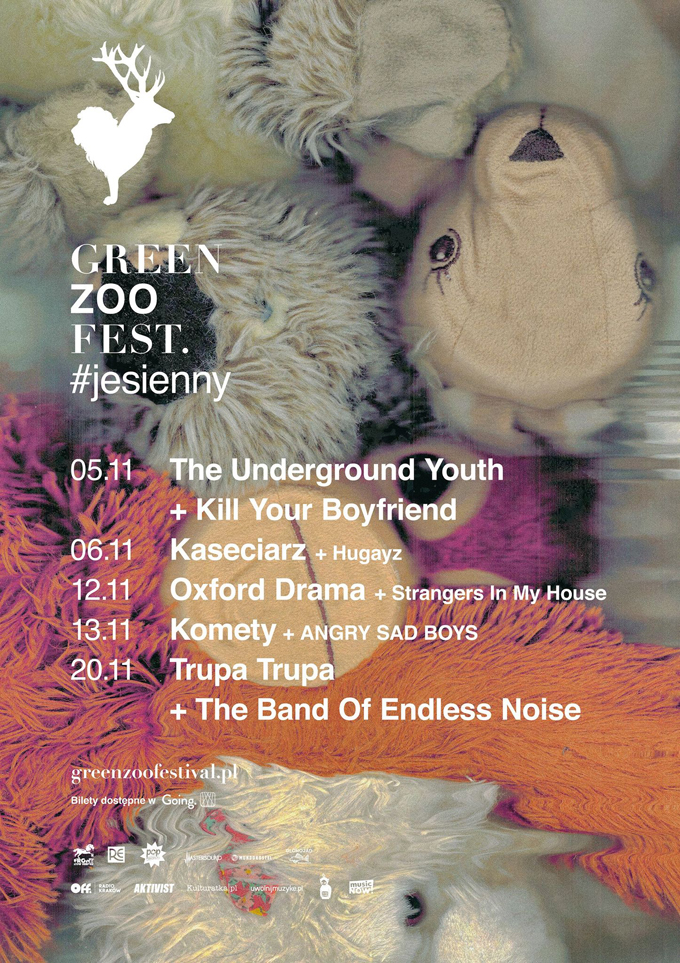 The first edition of Green Zoo Festival was a one day event and was held on June 25, 2011 in Kraków at the Betel Klub and Klub Piękny Pies venues. The idea of the festival was created spontaneously to help accommodate a concert by the Canadian songwriter Basia Bulat, as organized by the music promoters from Front Row Heroes. The day before Basia Bulat performed in Kraków, at the invitation of Arcade Fire, she supported their very first concert in Poland at the Arena COS Torwar music venue in Warsaw.

It turned out that several local Kraków-based bands wanted to open for Basia Bulat’s concert. This gave the festival organizers a chance to initiate a low profile urban music festival, loosely modeled on showcase festivals in Canada, USA, and elsewhere, where many bands play simultaneously in several different clubs and venues. The festival name, “Green ZOO”, originates from the title of the hit song performed by the Polish singer from the 1960s, Ludmiła Jakubczak, called “In the Green Zoo”. The song has been permanently included in Basia Bulat’s setlist during her concerts.

The following musicians performed at each Green Zoo Festival edition (the country of origin of the artist is shown in brackets):